What is Touch Rugby?

Touch Rugby or TOUCH, as it is known, is a minimal contact sport, looking similar to Rugby but without the tackling, scrummaging & kicking. The aim of the game is to score tries! This fast, simple and exciting game promotes the fundamental skills of running, handling, dodging and support play, while developing the basic ideas of attack and defence, without the fear of getting hurt. Touch is played worldwide by men, women, boys & girls of all ages… read more to find out what has been happening here with Touch in the Czech Republic.

On 18th November 2015, Jonah Lomu, the All Black rugby legend and fantastic ambassador for sportspeople and children worldwide, sadly passed away. Czech Republic Junior Touch Rugby, which fosters the coaching of the Touch Rugby Sharks at Riverside, paid tribute to the rugby great by introducing the Jonah Lomu Junior Touch Memorial Shield. As Jonah did in life, the memorial shield was to become a fantastic tool to grow Touch Rugby through regular competition in Prague. Today a healthy rivalry for Touch exists between Riverside, ISP and Ricany and there are over 100 children now playing Touch Rugby compared to just 12 in 2014. On Friday the 27th November 2015, and in the last competitive games for the year, the Jonah Lomu Memorial Shield was unveiled in the Czech Republic with the U12 ISP & Riverside Sharks playing for the rights to have their name engraved for life with all the skill, competiveness and sportsmanship that Jonah encouraged and brought to Rugby worldwide. The best of 3 games, 60min of running, and only one try separating the two with Riverside reversing their earlier Autumn Cup Final defeat with a hard-fought 3-2 win in the first followed up with 3-3 & 0-0 draws. The Sharks, were now inaugural Jonah Lomu Memorial Shield holders, the prize for a new competition born on the other side of the world from the legacy made out of the Pacific.

Czech Junior Touch kicked off 2016 in style on Sunday 28th February with the first matches of a calendar bursting game and tournament schedule. Both U8s and U12s took the field for a best of 3 format in a fantastic festival of Touch in the small village of Zbuzany. Riverside Sharks U12s claimed the Jonah Lomu Memorial Shield and the Ricany Avengers U8s ensured the spoils were shared in claiming the Silver Fern Challenge Shield.

This year for Sport Relief following all the successes of the Sharks Touch Rugby team, it was time to lay down a new challenge and gauntlet for the teachers, so we introduced them to the game of Touch. After some high-quality coaching from Miss Peatfield, the staff were ready. With a strong start by the Sharks and an early lead it looked like there would be no chance of victory for the staff. The Shark Tank was full of confused faces from those whose profession is to lead by example and know exactly what is going on at all times… That was definitely not the case for the staff until Mr Reasoner sprung into action and scored the first of many of his signature interception tries. This was the kick-start the teachers needed to get into the game and pull back the score. The Sharks worked tirelessly to defend their line and put in some great attacking moves, full of communication, quick hands and accurate passing. However, it wasn’t quite enough. On Tuesday 15th March Riverside School witnessed a miracle. It was displayed for all to see in the form of a Staff victory. No doubt the Sharks will be gunning for revenge and hunting down their prey at the next possible rematch opportunity…watch this space! 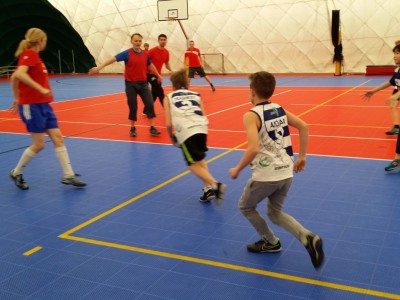 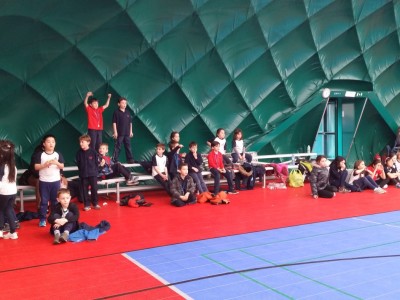 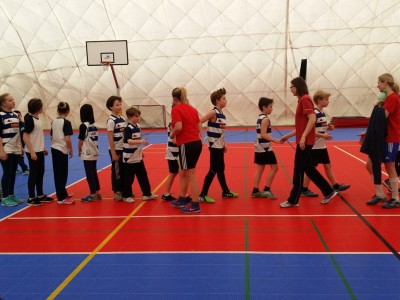 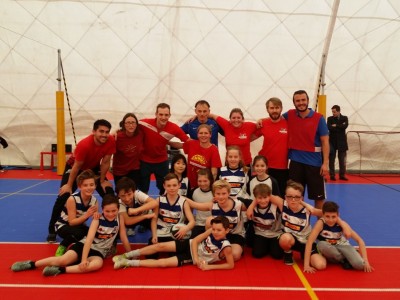 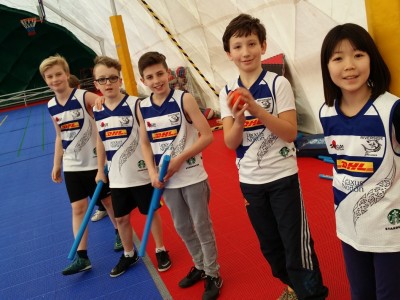 The epic rivalry between the Riverside Sharks & ISP continued on Friday 8th April with the play heating up a cool Prague spring air. While Riverside came away triumphant in the best of 3 format, the real winner was Junior Touch – 13 sensational tries & 60min of pace, ball handling, steps and diving defence on show. 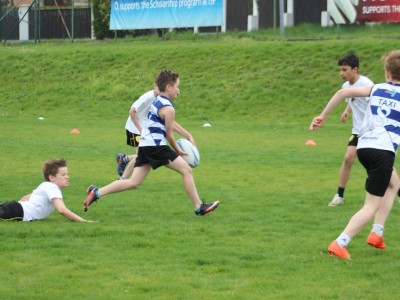 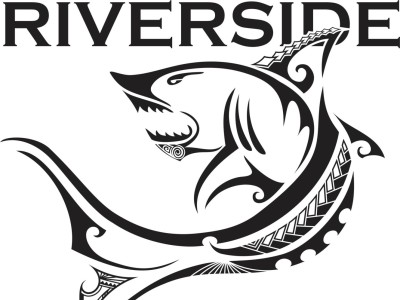 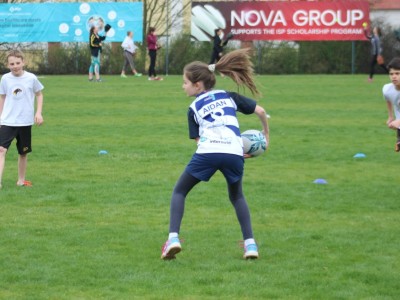 Want To Get Involved?

What to Bring: Plenty of Water, running shoes or turf shoes & energy